Horrible night of that hostel 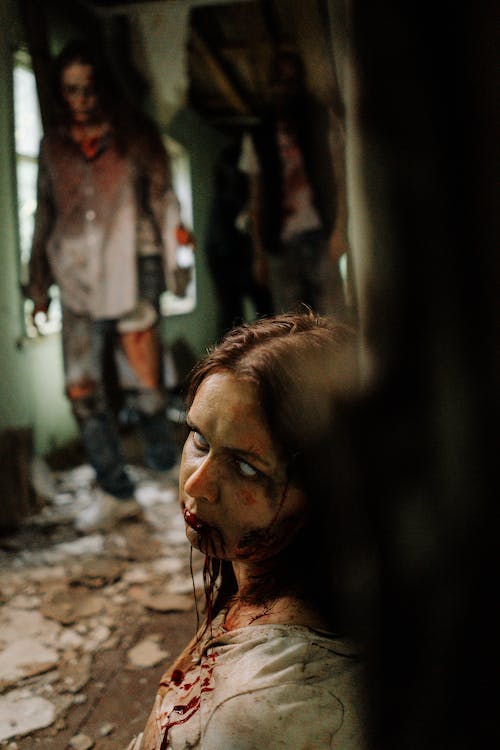 horrible night of that hostel …..©️

I (Sudha) was living in my village “Shetpur” with my parents and two younger siblings. I was very good at studying and I wanted to learn outside before. But our father did not like it, but I got admission in a good college from my school, and with the help of teachers and other village congregations, I got permission from my father.©️

As my journey begins, we get a hostel to stay in. There are 2 girls in each room. It was a hostel for 200 girls. There were girls from far and wide, but my roommate had to come to the room I got. It felt a little weird, to be alone, to enjoy the atmosphere there, two days later my roommate came, her name was “Ketki”, she thought she must be from a good home, her living habits were a©️ little different, sometimes I didn’t even like it, but I wanted to go. It’s not too late for her to enjoy the atmosphere here. As if she was already used to it all. I put it aside and sit down to study as usual. She leaves the room but comes back after a while and tells me that she’s set up with her gate keeper. I asked him about it, Ketki says !!! I neglect to get out and sit down to study.©️

The next day we get up, freshen up, and leave for our college. After returning to the room in the evening, Ketaki wants me to go out this evening, without asking me!!! Ketki says where I said! Outside, if we stay here, why don’t we see this place, I don’t want to say yes and she leaves. She was©️ accompanied by two other girls from the hostel and two boys from outside who were waiting for them, near the back gate of the hostel. There was, I ignored all this and focused on my study, there was a lot of time in the©️ study. Now I was asleep, but Ketki didn’t come back. I looked at the clock, it was already 12.30. At that moment, the door rang softly and there was a noise from outside, Sudha, open the door, I Ketki, when she opens the door, she comes in, she looks very happy, she says very funny we do lots of fun we wanted you to come. I close the door and go to sleep near your bed, then Ketaki asks again to come tomorrow !!! I go to bed like a good night. My same routine in the morning, when I come back to the room in the evening, what does Ketki tell me? She always studies. She goes out again and comes back around 12.30. I was very angry with her but it was useless to say anything. When she came back one night, I realized that there was a©️ different smell coming from her and he Like a drink, I asked her side by side !! Come on, you’re with taking a drink. When she asks, she comes up to me and puts her hand on my back, and says, “Yes, seeing my anger, she won’t take me any further, but she says you have to come to the party with me once.” What’s the matter, as I study every day, one day I will get this little change and many days have passed, I haven’t even gone out, and Ketki won’t bother me like that from above. With all this in mind, I said yes to her. We started to prepare.©️

We got ready for the party and went out through the back gate, the party was in a luxurious hotel where there were a lot of boys and girls, all in their own way. His name was Ramesh. The boy was so handsome that I kept looking at him and even accepted the drink he gave me. In a short time we did a lot of things. He went to get it again as the drink ran out and when he came back I felt like he was coming closer to me. And all of a sudden he “kissed” me, it was all happening so fast that I didn’t understand anything, he urges me to go to his house, but he gets angry when I don’t answer anything, he takes a piece of paper out of his pocket and puts his phone number in it. And the address of the house goes to my ears. If you change your mind, just think about it, he leaves. After that Ketki comes, we both go back to the room. When I wake up in the morning, my head gets very heavy. I get up and take a bath to study. But while studying, I feel like vomiting and I feel dizzy. When I wake up, I see that I am in the hospital. And there’s a policeman and a doctor standing in front of me, they ask me if you’ve eaten anything or something that has blood in it, because you’re allergic to it. I don’t remember anything, but I told the doctor and the police all about the night. In it I handed them the paper that the boy had given them, and they all came to the room. It all started as before. I had just come to the room with my paper. The dead bodies of two girls have been found. And the boy is a narcissist. My hands and feet were shaking when I heard this. The ground beneath my feet seemed to have disappeared. I was vomiting when I told the narcissist, and if I had gone to his house, I would have told the police. I was shocked to think that I would have got three bodies today instead of two …….©️

All the characters and events of this story

These are fictions that have nothing to do with any person or event ……..