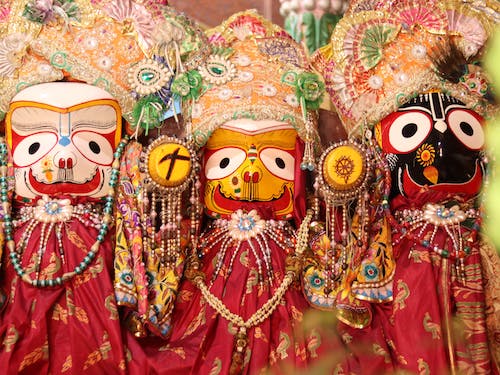 Information ….. Mystery of the temple

(Miracle technology behind it)

Many temples in India have a long history. The history of some temples is even before its construction.

The importance of such a place was increased from the religious point of view by adding faith to the techniques learned during the creation.
Unfortunately, this is because of the belief in technology
It was lost in the years to come and many generations of India were invaded by foreign invaders
Waiting for the richness of technical knowledge.

A temple dedicated to Lord Krishna and his siblings in India for the last 900 years
It has been standing for a long time. Jagannath, Balram, Subhadra
Jagannath Temple in Puri, Orissa dedicated to these three deities.

This temple, which is world-famous for its rath yatra, is surrounded by many mysterious things. 1112
Is estimated to have occurred around.
This temple has been looted 18 times till now.
Even after so much looting, they have about 120 kilograms of gold and more than 220 kilograms of silver in their treasury.

The price of which is in crores of rupees. Apart from this, precious gems are part of its treasure.
The range covers about 400,000 square feet
It is about 214 feet in height
(65 meters).

At the top of it is a chakra, also known as the Nile Chakra. It is still a mystery.

As mentioned earlier, many things were studied while choosing the site of the temple at that time.
Conch and Chakra are two important things that we always see in the idol of Vishnu. That is why this field is called Shankha Shastra.

Apart from this, while choosing this place, a lot of studies have been done on some of the natural things here.
In contrast, it flows from land to sea.

But where is this temple? The exact opposite happens there. At the Jagannath temple
During the day the air flows from the land to the sea and at night it flows in the opposite direction from the sea to the land.

Also, nothing flies from this temple. No birds fly from this temple.
Nor do they take refuge in the temple.
Also, the shadow of this temple never falls on the ground, no matter what time of day it takes
The shadow of its peak does not fall on the ground.
Although people say that faith and miracles are behind this, the choice of the site of the temple and the technology behind the construction of the temple are all responsible for this.

Birds may also be affected by the “Kerman Watrex effect” created by this temple
There is a presumption that they are reluctant to fly. Because every bird is very aware of the change in airflow.
They may have difficulty flying, which is why they do not see birds flying around the summit.

The blue chakra at the top of this temple can be seen from all over Puri. You can see it from anywhere in front of you.
The temple was built according to him.

The area from which the side of this chakra is likely to appear
Due to the sparse population or other buildings around the temple, the peak of the temple itself is not visible.

Nile Chakra is placed on the top of the temple. It was made from a combination of eight metals
Therefore, even today, after 900 years, it has survived by overcoming the saltwater coming from the sea.

Due to the choice of location, the size of the temple, and the science used in its construction, this temple still stands with many secrets after so many years.

Jagannath Puri is as famous all over the world as Rathyatra. The science and technology behind the construction of this temple !!!!